As mentioned above, currently the Schengen Area consists of 26 member states. It covers an area of 1,664,911 square miles i.e. 4,312,099 square kilometers. The external borders of the Schengen Area stretch over 50,000 km long, comprising 80% water and 20% of the land. Hundreds of airports and maritime ports are situated in the area. 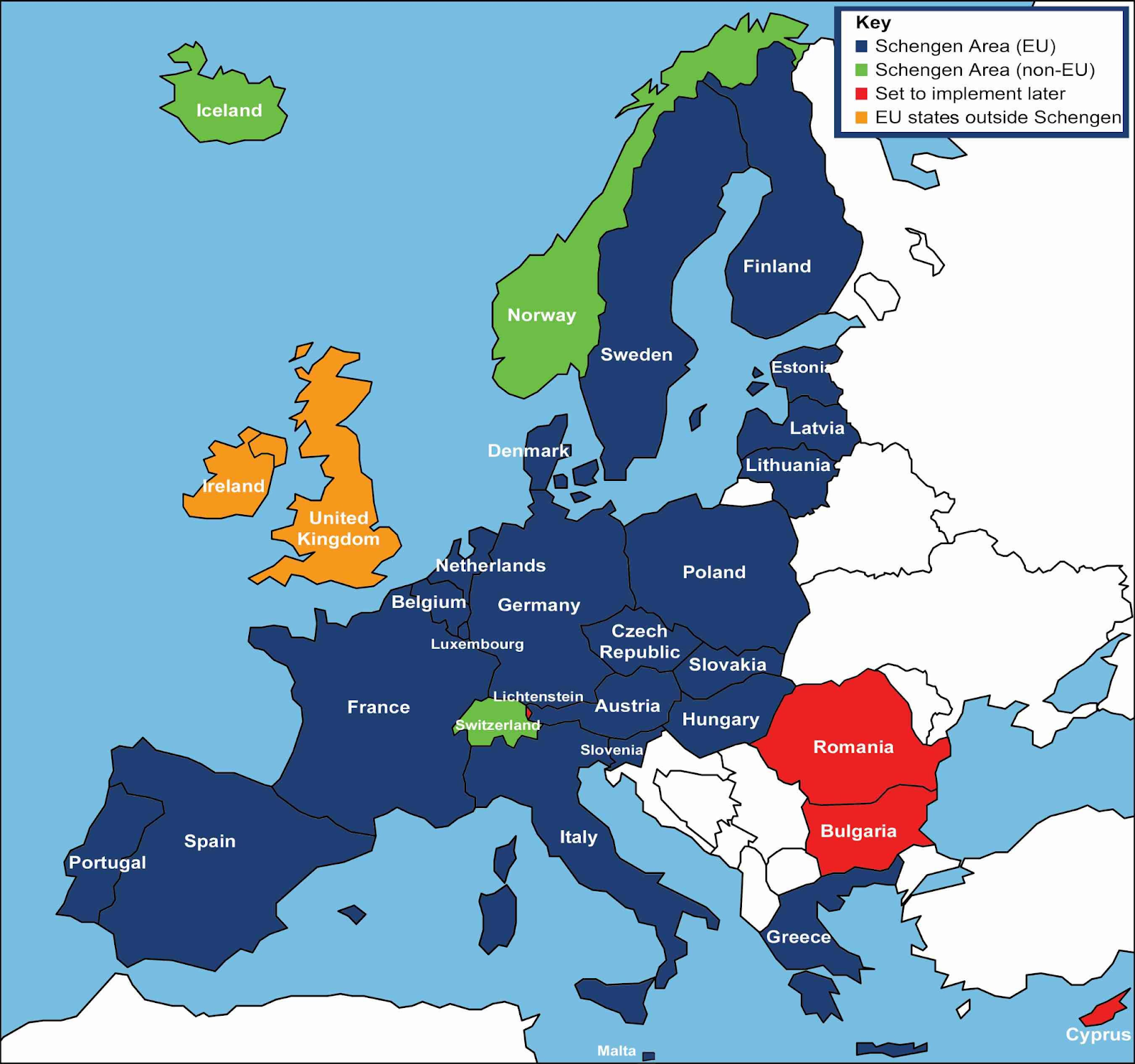 Nationals of each country that is a part of Schengen countries and doesn’t have a visa agreement with European Union member states need a Schengen visa for Schengen Zone. The EU member states have a common visa policy and a common list of the countries the citizens of which need to get a visa to enter the Schengen territory. Visa exemptions are determined case by case by the EU.

Here is the list of Schengen countries that are not part of the Schengen area:

NRIs living in the Schengen countries may have several India related queries. To ask any questions related to the rights of NRIs, PIOs, and OCIs, you can download SBNRI App from the Google Play Store or App Store. You can also use the SBNRI app for investment in stock market/ mutual funds, NRI account opening, tax filing, etc. To ask any questions, click on the button below. Also, visit our blog and YouTube channel for more details.

Is the United Kingdom part of the Schengen Area?

No. The UK is a European country but not a part of the Schengen Zone and you can’t enter the UK with a Schengen visa.

What is the Schengen Borders Agreement?

The Schengen Borders Agreement allows people of the zone to move freely within the area, by passing borders from one country to another during regular hours of operation.

Can I use the same Schengen visa to travel to more than one member country?

Yes, you can travel within the Schengen territory with the same visa as long as you don’t exceed the visa validity period granted.

One Stop Platform for NRIs

NRO to NRE NRE to NRO